How To Get Pokeballs In Pokemon Go 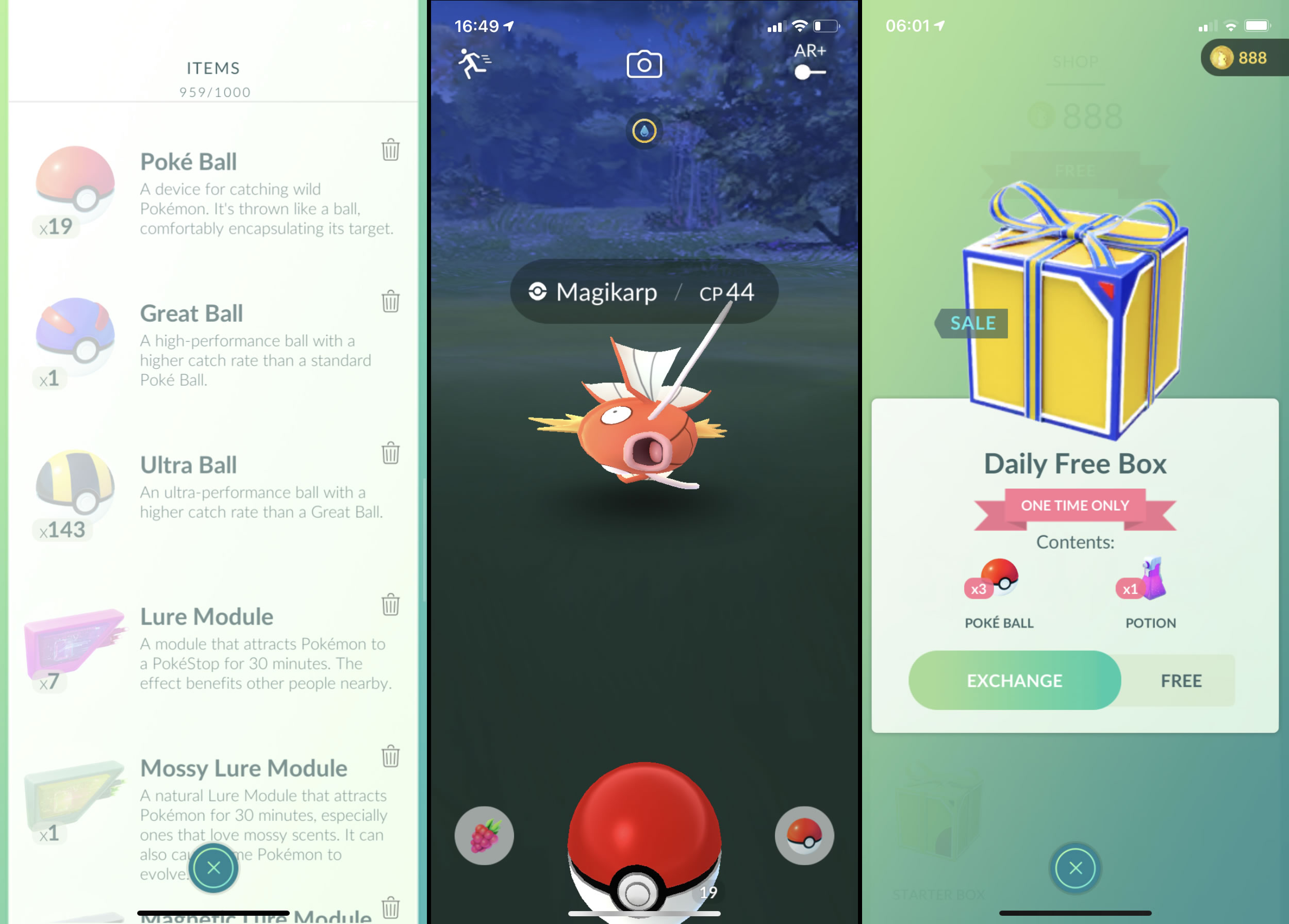 Catching Pokemon is the main part of Pokemon Go, and to do that, you’re going to need lots of Pokeballs.

The game has several reliable ways to keep your Pokeball supply topped up, with daily, weekly, and seasonal methods all in the mix. As well as Pokeballs, the game has a few other varieties of Pokemon catching balls, and we’ve got them covered in this guide too.

This is the most basic way to get Pokeballs is to spin stops – these are the blue circles on your map. You can spin as many stops as you want a day, and a stop can be spun again after a five minute cooldown. If you live or work close enough to a stop that you can spin it whenever you pick up your phone, your supply of Pokeballs is unlikely to ever run dry.

You can also spin Gyms, but while these will reward Pokeballs, they tend to be more generous with Potions and Revives, and offer non-battle items less frequently than stops.

If you don’t live close enough to a stop or a Gym to keep your supply topped up, you might need to visit the shop instead. You can find the shop by opening the pause menu, then clicking on the shop. Here, you’ll spend the Coins you earn from defending Gyms, but will also be able to buy Coins with actual money.

If you desperately need the Pokeballs and don’t have a stop or Gym in reach, then feel free to splash the Coin on them, but compared to other items in the shop, Pokeballs don’t offer great value for money in Pokemon Go.

However, since the pandemic forced a big change in how Pokemon Go is played, you can also get a free box from the shop every day, which usually has Pokeballsl in it. There are also boxes which can be bought for Coins, which rotate frequently. These typically contain more premium items such as Incubators, Star Pieces, or Lucky Eggs, but will often feature some Pokeballs too.

The final way to get Pokeballs is from rewards. Each day, you can get up to three tasks from spinning stops, and any tasks you didn’t complete carry over to the next day. These are quite simple tasks, like “Evolve a Pokemon” or “Make a Great Throw”. These can reward Pokeballs, but also Berries, Potions, Revives, or even Rare Candies. With the pandemic, you also get a daily task just for logging in, so even without stops, you’ll have them.

As well as these daily tasks, Pokemon Go has several special research storylines, which unlock chronologically or after you’ve reached certain levels. These are often to catch a Mythical Pokemon, but sometimes are just tied to an in-game event. These all have specific tasks attached to them, and several of these individual tasks will reward Pokeballs.

Each week, you’ll also get weekly rewards, which go up the more you have walked in that week. As well as Eggs and occasional Rare Candies, you will get Pokeballs in your weekly rewards.

What Are Pokeballs For?

If you’re completely new to the game, you might not even really know how Pokeballs work. With a couple of exceptions explained below, Pokeballs are the only way to catch Pokemon. Since catching Pokemon is the aim of the game, that makes Pokeballs very important. Pokeballs are red and white balls that you throw at an individual Pokemon to try and catch it.

To do this, select a Pokemon on the map, and then use your finger to throw the Pokeball at them. There will be a number next to the Pokeball telling you how many Pokeballs you have left, and you can click the Pokeball symbol to change what type of ball you’re using.

To catch the Pokemon, you just have to throw the Pokeball at them. You’ll have a better chance of catching them if you hit it inside the coloured, shrinking circle, and a better chance again the smaller the circle gets, but this isn’t necessary. You’ll also up your chances with a curveball throw, which happens if you swirl your finger on the Pokeball until it sparkles, then throw it in an arc motion.

Aside from Pokeballs, there are three other types of balls in the game: Great Balls, Ultra Balls, and Premier Balls. Great Balls are blue, white, and red, and are more effective versions of Pokeballs, while Ultra Balls are yellow and black and are more effective versions of Great Balls. These two cannot be bought, but otherwise can be earned in exactly the same ways as Pokeballs. Despite not featuring in the shop as standalone items, they will occasionally feature in boxes.

Premier Balls are completely different. These are white with a red trim, and are used to catch Pokemon at the end of Raids, or at the end of Team Rocket encounters. For Raids, you will get more Premier Balls depending on how quickly you won the Raid, how much damage was dealt by you, how much damage was dealt by your team, whether your team owned the Gym, and what your ranking is for that Gym. With Team Rocket Raids, the number of Premier Balls you get depends on how many of your Pokemon fainted, your Hero badge level, and your Purifier badge level.

As you progress through Pokemon Go, you will quickly discover that your initial storage space is a little on the small side. For 200 Coins a time, you can expand it by 50 item slots. You’ll also probably end up with a lot of Great Balls and Ultra Balls over time too. In those cases, it might be best to throw out some Pokeballs and stick with using the more effective versions, allowing you to free up item space to spin stops for Berries, Potions, Revives, Eggs, and useful evolution items.

With that, you know everything you need to know about Pokeballs in Pokemon Go. Now go catch ‘em all!

Monster Hunter Rise news coming this week in a livestream

This PS5, Xbox Series X and Switch Controller Charger is 50% off on Amazon UK

This PS5, Xbox Series X and Switch Controller Charger is 50% off on Amazon UK